Just a little bit of picture vomit there. Can you believe this girl is one? I can't! Overnight she's turned into this little toddler. It's like she woke up and decided, "Hey, I'm not going to be a baby anymore!"  She's has such an independent little personality, but is seriously funny. She loves to make us laugh and will do whatever it takes. We pretty much thinks she's the best thing ever. Here's what she's been up to lately. (Too much if you ask me)

Words she has said:
mama, dada (she says this for EVERY THING POSSIBLE), puppy, duck, more, hiya (and whips the air like she's telling a horse to go - kills me!), choo choo, ball, baby, Nana, banana, turtle, apple, milk, Pop, boobies (whoops! - don't worry, she's forgotten it already), boo, eyes, and tickle (Jeff says she talks so much because I'm her mom. I don't get it.)

Everything cute about her right this minute:
1. She takes every opportunity to dance. Eating. Dancing. Playing with toys. Dancing. Pooping. Squat dancing. Walking. Dancing. TV theme song plays. Dancing. Saying, "Dance!" Dancing.
2. Her "HIYA" and air whip. Seriously I don't remember how this started. It was either Uncle Tay Tay or me. Beside the point. It's cute.
3. Her nerdy Nef instincts have kicked in. This girl loves books. I'm not sure why we have toys. Books and Tupperware are what her dreams are made of! She is also the most violent page turner I have yet to encounter. Long live board books!
4. Playing peek-a-boo. The scraggly-toothiest game of peek-a-boo I've ever seen. She does it at the most random times and she always makes you believes she's just rubbing her eyes. Then she freezes, moves her hands, and giggles her toothy giggle. If we're lucky she says boo!
5. She loves to take her diapers to the diaper pail and throw them away... Other times she tries to sneak off with them... Gross, yet helpful.
6. The way she freezes when you tickle her. Not pee-your-pants tickling, but the soft, soothing tickle that puts you in a trance. It's just started working on her and she tries to say tickle, tickle. Note: This is the only time she is not moving. It is very brief.
7. Her run... Those chubby thighs as they jiggle towards me. It's like looking in the mirror.
8. Playing chase - she's become the predator. The stubby-legged predator. She's gotten pretty fast, too. I actually have to jog to get away.
9. The way she sings to her baby doll as she pushes her in her swing. She also lifts her like a weight lifter and carries her around, which is not an easy feat considering the doll is the same size as P.
10. The way she calls me dada and then laughs. She knows. That little minx knows.
11.The way she leans around and stares at your face until you look back and then she gives you the cheesiest grin and a kiss as if to say, "I'm so lucky you're mine." Joke's on you, Sweet P. We're the lucky ones.
12. What we've been waiting all year for: KISSES!! It started with Uncle Taylor (every little girl has a crush on him!) and now she freely gives kisses! I love it! I love it! I love it! It's like all of my dreams coming true. And you should hear the way her lips smack the pages of her books! I just die. (She also gives kisses after a very stern NO. She's so manipulative. She gets that from Jeff...)

This girl has no idea how lucky she makes us feel. 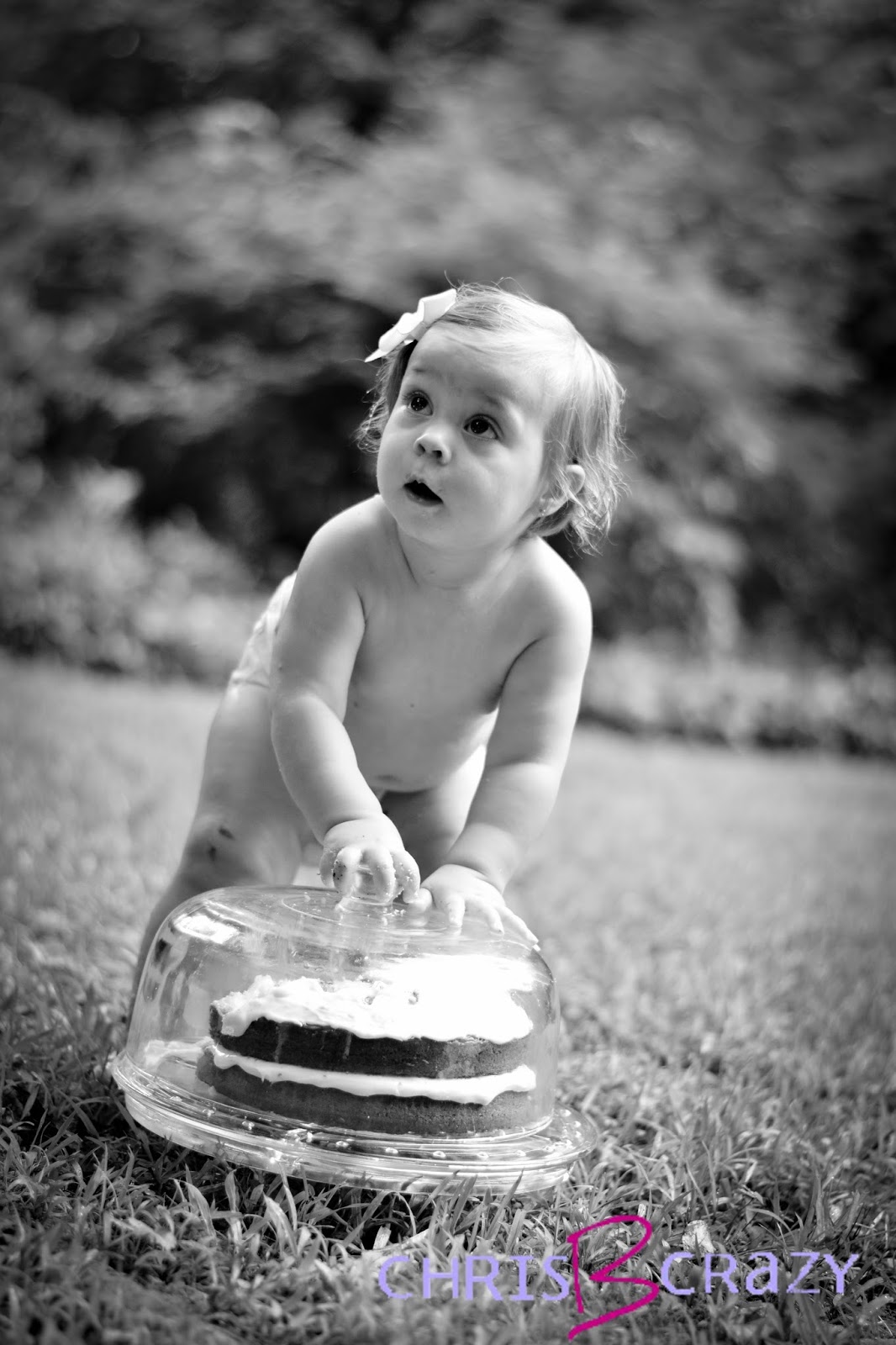 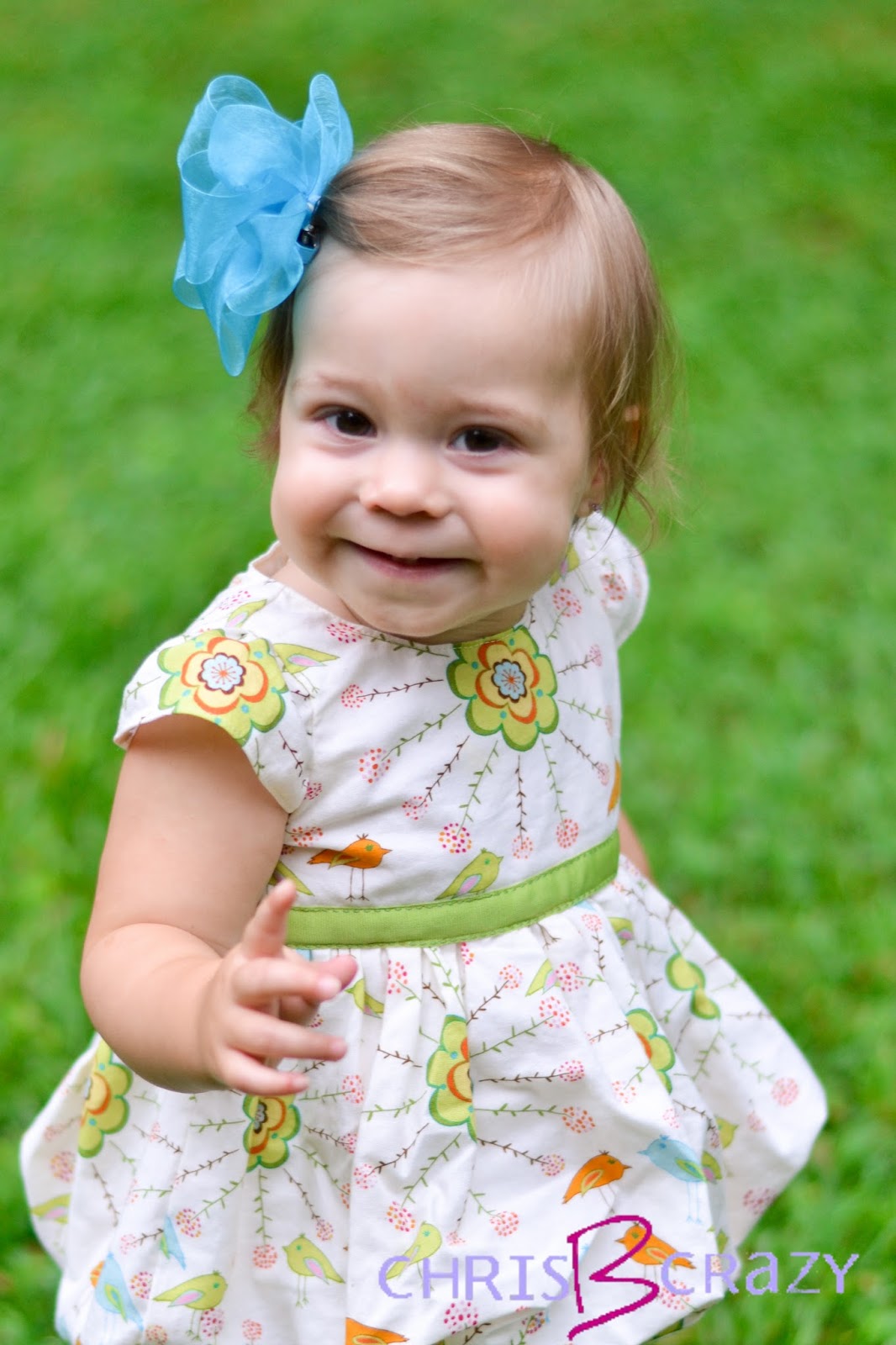 love this whole post. your writing is so funny. and paisley is awesome. my fave pictures are the one of her and Grandpa Nef and the one of her "escorting" the melon. ha.

oh and the one of her being "rude" to Grandma. ha.