Wednesday April 18 2012 was my lucky day. No, I didn't win the lottery. Thanks to Kyle, I got a great seat at the Braves game for free and then caught a foul ball!! Just how lucky is that? According to the first website I found while googling the odds of catching a foul ball, the chances are .12%. Not even close to a 1% chance. If you factor in the odds of someone catching a foul ball in a seat they got as a free ticket, I'm sure the chances are even smaller. This could possibly be as lucky as I'll ever get.

We were sitting in section 208, row 1, which basically means this was our view of the field... 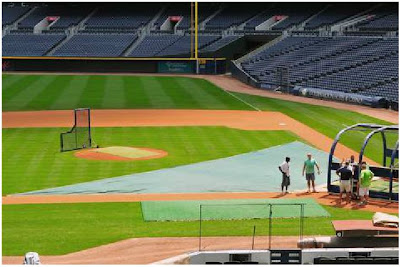 I forgot to bring the camera to the game and my cell phone doesn't take very good photos so I just used the stock photo from the braves website. The game was MLB's game of the day which means its archived on their website. So I tried to find a good way to record the stream, but finally resorted to just filming the stream with our point and shoot camera. Here's the video. Basically you see the batter hit the ball, hear the crowd cheer, and then they show my catch. The announcers were pretty cool too so have the volume on. The very next pitch Ike Davis hits a home run, I left that in just for friend who is a Mets fan. The braves ended up winning the game 14-6.


Have you read The Hunger Games? Oh, you have! And you saw the movie and cried and loved it! Me too!! (Actually I'm lying... I didn't cry or love the movie... but I'll tell you what I did love. Liam Hemsworth!)

Honestly, he wasn't that amazing looking in the movie... I prefer him with a bit of scruff. For example, this face!:

I mean have you met my husband? I like a man with a beard! (See what I'm saying?) And recently people have been comparing my Brawny Man husband to Liam. Let me tell you something, I don't hate it!

Anyways, back to Liam... Well, being a huge fan of the books, Jeff told me about an event that was happening at the mall near us. There was a meet and greet with about 5 cast members and Liam was one of them! My sister-in-law/bff Kynslie (also loved the books - who doesn't?) just so happened to be coming for a little visit the very same day. So, after a day of filling young minds with knowledge we headed over to Lenox Square for some face time with Liam.

We were a bit confused as to what was happening because there were a trillion people outside the Microsoft store. There was also a tent outside with the local radio station truck and a small crowd gathering. We found out that the meet-n-greet was going down at that very moment in the Microsoft store and that you had to have been there in the morning to get a wristband to go... Nobody told us! The tent was for a Q&A session after the meet and greet.

We were slightly bummed (Kyns may have cried for a second... until she got these free posters) and just propped up on some guard rail near the tent. We thought maybe we'd see them come in or something. We stood there for a while and people started to pack in around us. After an hour or so a black SUV finally pulled in right in front of us. It was the cute little actress who played Rue (she nailed Rue btw). She got out and went to the stage... Then came the girl who played Glimmer. Same routine. Nothing spectacular. We were thinking of leaving because it was so uneventful.

Just then a third SUV pulled up and it was carrying Liam. The beautiful handsome statuesque pulchritudinous (seriously this is a word?), Liam. He stepped out and that's when things started to get out of hand...

SIDE NOTE: Let me just say that as I relayed this story to my husband, I could feel the fire in my cheeks the entire time. I'm actually pretty ashamed to share what happened next....

At first we thought he would just walk the carpet to the stage with the girls, but then we realized he was coming toward us. This is when we turned into prepubescent girls. I was holding both of our posters and Kyns had the camera. As he started to walk towards us (looking RIGHT at us!!!!! - my heart is pounding thinking about it) my hand became it's own entity entirely and began waving him over. Literally waving. Waving him towards us. In the air. Like I was causing his approach. Worst of all, people could see me.

When I realized I was a freak I turned to Kynslie and noticed she was completely frozen, wide-eyed, open-mouthed holding the camera! I screamed at her to take a picture (which is the first one in this post - just delicious!). I also got her to take one of me leaning over with him in the background... Not flattering at all!!

Then all of the sudden it was our turn to share his air. His delicious air. And you know what I did? I mean really? You cannot imagine because you would never be so weird, awkward, creepy, and childish. You wouldn't. I held my small belly (which looked more fat than pregnant), stood on my tippy toes, and placed it on the guard rail and said, "My unborn child wants you to rub my belly." REALLY!!! REALLY? THAT'S WHAT I SAID!!!!! THOSE WERE THE WORDS I CHOSE?! I thought my mother raised me better than that. I guess not. I am just a loser who says weird things to celebrities.

He totally ignored me while he signed one of our posters (I geniusly forgot to give him the other one). I felt my face go completely flush and looked at Kynslie; pleading her to kill me! I was mortified! But then Beautiful Liam redeemed the situation when he said (in his Australian accent), "You're unborn child? HELLO, BABY!" I mean he shouted it. He shouted it to let everyone know he was talking to my baby. MY baby!

That was all I needed. (Just look at that face.)

So, I've been thinking about what my little babe is going to need when we bring her into this world. I've realized I haven't nannied an infant since my little cousin London was a teeny preemie! And look at Miss Fancy Nancy now! Obviously it's been years! I have forgotten about all the baby things that I love!

So, now I need to know, Moms, what are your must haves? What can you not live without? Do you cloth diaper? Do you love it? Hate it? (Poop stories are welcome!) What do I need the first year? What are the best pumps? Strollers? Diaper bags? Basically what else do I need besides my baby-carrying Snuggie vest? 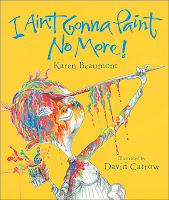 Oh I also love children's books. Any recommendations?
Posted by Unknown at Friday, April 13, 2012 No comments:

Too Much Chocolate Cake

I am no good in the kitchen. I mostly burn everything and sometimes Jeff prefers to cook his own dinner. I can't blame him... Especially after I burned a pasta dinner that comes frozen in a bag. I just get impatient cooking and want it to be ready to eat right then. I'll work on that.


Recently we saw a post about Too Much Chocolate Cake on our sister-in-law, Ashley's, blog. This reminded Jeff of how much he loves it and it reminded me of the cake my Granny Giddens would make for everyone's birthday, every year. We call it Chocolate Chocolate Chip Cake. We usually slice it and freeze it and eat it for days!

Jeff wanted to make it so we got all of the ingredients, but then he was busy designing our blog, so I offered to bake the sweet confection he so desired. He was very reluctant. I know he wanted it to be perfect, so this only fueled my fire to show him I could!

The recipe includes a box of pudding, so the batter was basically like a bowl of pudding loaded with  chocolate chips. I wasn't too sure if it was going to turn out... Jeff had ordered pizza so I ran to pick it up and left him to take the cake out of the oven. I told him it needed a few more minutes and left. When I came back he said I had told him too long and that he was pretty sure it was burnt. He thought there was a chance I ruined his favorite cake - I was pretty nervous.

The next day we took it to the Beaver's house to watch General Conference... Let me just tell that cake was AMAHZING!! It was unbelievably moist and I wanted to eat the whole thing.

This weekend we also made two more for my three siblings who have April birthdays. I think I know what I'll have for dessert tonight! (My mom just called and said that she thinks it's better the next day. Maybe that's the key!)

Growing a human is hard work

Let me just preface this post with stating that I am a baby. An enabled baby. Whenever I'm sick I turn into an invalid. Growing up, I would be doted on by a loving mother with all the meds and purple Gatorade you could want. Now, I have a hunky husband to take care of me... There's just one thing... He rarely gets sick and he's definitely never been pregnant, so empathy is not his strong suit. (He did take care of me through a week of strep throat and even risked his life to get me some purple Gatorade in the icy Atlanta streets while we were dating, so I knew he could handle a pregnant me.)

During my first trimester I'm sure I was exhausting with constant complaints about non-stop nausea and fatigue. I was also slightly emotional... and by slightly I mean I could cry if Jeff didn't look me the right way. So I basically spent 3 months in tears over trivial things.

The second trimester has been much more forgiving. The crying has gone back to its usual rarity (I didn't even cry during The Hunger Games! I thought for sure I would. I think I was too hot...). I don't wake up in a terror thinking I'm going to wet the bed, and, most importantly, I can stay awake throughout the day. My principal (and students) really appreciate that!

Here are a few ways things have been achanging around here:

All in all, it hasn't been too rough (no throwing up) and hopefully it will all be downhill from here... I mean everything up until the actually birth! And about us getting started pretty quickly... Well, I'm a little obsessed with kids and Jeff wants at least 10 so it seemed like we needed to. Can you imagine all those little Nef-ers running around?!

Side-note: I'm going to be a bridesmaid in about a month... A rotund 7-months-pregnant bridesmaid! (This picture just reminded me of how engorged gorgeous I'll be...)