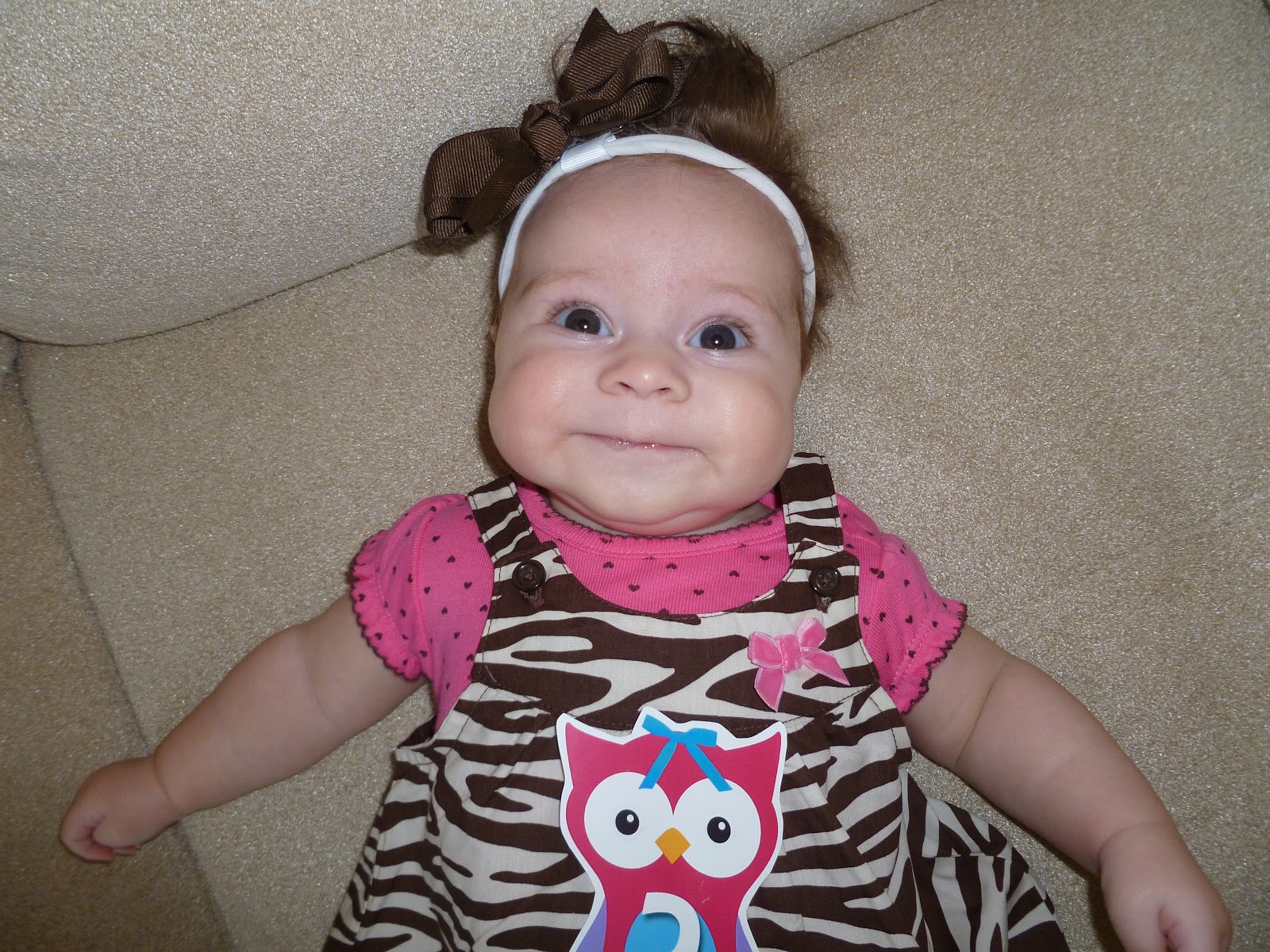 Month 3 with Little P was basically the best. I was finally starting to feel like a normal person again. You know, not like the blueberry girl in Willy Wonka anymore. I didn't feel like I'd been run over by a truck, and I could stay up all day without napping. That was basically my life goal at that point (because let's face it - we were already killing it at parenting.... haaaa). I was also cooking a lot more (anything more than not cooking at all is a lot - so like once or twice a week) and actually enjoying it!

That month Jeff was also able to be home more. That was basically the best thing ever. All day everyday the three of us were just hanging out, getting acquainted, falling in love. Every moment of Paisley's wake time was basically the two of us fighting for her attention. Her cute, normal gurgling sounds we were always mimicking turned to this strange kind of static-y coo that sounded like you were holding down the button on a walkie-talkie. We could just walkie-talkie talk with her all day.
Then, two days before month three was over the day I had been dreading appeared out of nowhere. Back. To. Work. I could not believe how quickly the time had passed. It was almost surreal the first day headed back. I went through all of the motions, but it felt like I was just going to run an errand, and I would be right back or something. I didn't even cry. Then, I felt guilty for not crying, but still didn't cry. I really love teaching and was excited to be back. I just wished I could carry Paisley around all day strapped to my chest. (She would be the cutest assistant teacher the world has ever seen!)
The first day, I nailed it. I mean I felt like I did. I'm pretty sure we learned nothing. I was basically just winging it that first day. It was great. The second day, I felt like an elephant sat on me and squished out every bit of hope of being a great teacher I had ever had. I came home and had tears welling in my eyes, ready to burst! Then, that sweet little face lit up when she saw me, and I just sat down totally faking a smile for her. You know what she did with that fake smile? She laughed! She just sat her squishy little bum down on my lap and laughed. She had only done this once before with Jeff. Now it was my turn and she was giving it all she had. She carried on for a full 2 minutes. I thought, "You know what? I can do this. I can be away all day if this is what I get to come home to."
Up until this point, she's been such a pleasant baby. She rarely fusses and when she does it's usually because she's waiting for me to feed her or she doesn't want to go to bed. She's really gotten into the whole "go to sleep when we put you in bed" thing. It has been a lot of work, but has definitely paid off. The 11 hours of peace she gives us at night is the absolute best. (Baby Wise meshed with Bringing Up Bebe infused with a little Healthy Sleep Habits really makes for a pleasant baby)
She is also starting to outgrow her 3 month clothes. We didn't have a doctor's visit this month so we're not sure how big she is, but I'm pretty sure she's still at least in the 90th percentile for height and weight. One mom at church who had a baby within the week of Paisley could not believe that we can carry her on our hips or that she holds her head up so well. She really seems so much older than she is. She's also started playing with toys and holding her bottle. It's so cute to see those chubby fingers wrapped around something!
Everyday with her is better than the last. We can only hope it stays this way.

Jeff took her 3 month pictures while I was at work. He caught a lot of really great faces.


Here's her video for this month. Jeff says the music sounds like she's dying or something. I think it's sweet (cheesy... and sweet). If you have any ideas for songs for the next video feel free to message me. Also, at the end you can hear me "singing" Gangnum Style... One of P's favorites :)

love it as usual:)

that is one loved little girl. with the best faces. and that part at the end with you and her laughing at each other is beyond priceless. when she is 14 and screaming at you - you can watch that and remember that you love her. :) also - did you know that is the song from Breaking Dawn 2? I loved it when i heard it on that movie. I bet that will make Jeff like it even more. ;)